The Szolnok Cup has gone with an irregular mode, since its date had never been this close to Christmas before. The organiser Szolnoki Sportcentrum made it even more festive to put a nice xmas decoration in the hall, beside this it provided a useful option in spite of their own hall which is now bearing the “under construction” sign.
Alltogether we had 16+8 pistes to run the GP2, which has received 652 registrations. Many thanks to all the participants for joining us; to the Szolnok fencing crew with Edina Szatmári on the lead; to Pál B. Nagy for his presence, to Imre Nagy, Tímea Nagy, Géza Imre, Péter Somfai for helping in the awarding ceremonies and being heroic example, to PBT, Leon Paul Hungary, János Vida and Semerédy family for their support. 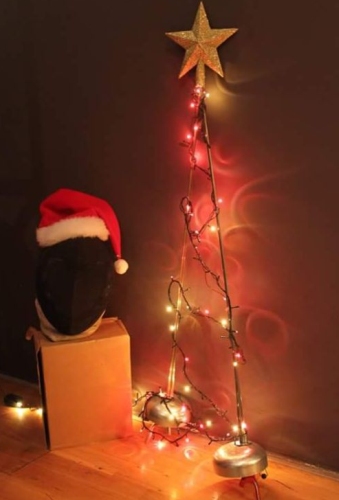 There is nothing more to write:
Santa Claus has brought the ranking lists, the documentation of events and photoalbums of GP2 – Szolnok Cup are already available in our menus.
Merry Xmas, and a pleasant relaxation for everyone!

Dear foreign participants,
the invitation of GP2 Szolnok has finally arrived. As we pronounced before, we try to re-adjust the formulas, as the number of participants are high and still growing. It’s not an easy task to satisfy all the competitors and their coaches, and even parents, and beside this keep a smooth running of the competitions, keeping the formulas practicable, and also keep the values of our ars poetica what we always want to keep, and provide strong and successful competitors to the world of épée.

At this moment we are not still there what we want, and we need more time to discuss on all edges, but for Szolnok we’ve changed few things.
For friday’s kid competitions we reset the timing, and we start an hour earlier. Boys start at 10.00, and girls at 14.00, with a two-way system, which is up to the number of the registered fencers.
We also wanted to re-adjust the minis’ formula, but in Szolnok they will have their own hall, and we decided to keep their tableau 16 with repechage for this chance, but the poules will run with fewer fencers in the rounds and in the placement round too.
We’ll try to figure out something even more accurate and better for Budapest, and the future.
Please keep in mind that the date and location of GP3 Budapest has changed. Check it out!

First of all sorry, we did not closed the previous season in a news: not much to say, but thank You for all of You teams from outside of Hungary, travelling loads of kms to get to our competitions, and also congratulations for those who are receiving medals, good placements, or simple just expereinces! We are glad that we’re all here together, for each other!

We weren’t quick writing this report. We’ve got tired during this huge season opening, which this time have really been a Grand Prix, a Big Cup. We all participated the most crowded competition in the history of Olimpici GP since 2006, becasue this time in the eight competitions 758 athletes have been registered by the organiser Békessy Béla Fencing Club, which has been organised with its usual routine, and operated the event. Congratulations!

We also congratulate a young man who could be heard first time during of the GP in Hajdúhadház: Máté Lasztovicza was an Olimpici-fencer, later an Olimpici-referee, then became a proper, adult referee. He is now practising with his mentor János Vida, how to be a proper member of the Directoire Technique. Mr. Vida going to retire soon, and we would like to know somebody young, reliable in our team. As he is like that, welcome Máté on board!

During Olimpici-seasons our GP has become quite popular for Hungarian and also for foreign fencers more and more, and now we have reached a critical point in number of participants. This can, and will pushing us to change its organisation in some ways in the future.
We see the critical corners, and we promise we think over where to go meanwhile carefully protect the competitors and our targets. In this we kindly ask your patience, not an easy issue, but either the next invitation letter will be effected.
One thing is for sure: we cannot create such a competition which is suitable for all: athletes, coaches, parents. Resented have always been around, and will be. But we have our goal, which is still following and keep up with the values of Győző Kulcsár’s ars poetica, and so Olimpici GP.. the prime goal is working for the future of hungarian épée.

Also an important news that we would like to motivate the most younger fencers with a new pair of rover cup. The newly founded cups were awarded first time in Hajdúhadház: the cup of mini boys is sponsored by the Hungarian Men’s Épée Team, and the cup of mini girls is sponsored by Péter Semerédy, who is a father of a son and daughter from the crowd of Olimpici athletes. Mr. Semerédy is supporting the Olimpici Public Fundation for five year with the sum of 100000 HUF. So, we proudly pronounce that the founder of mini girls’ rover cup is the Semerédy Family. Their generosity is exemplary!

The documentations and photoalbums are already available. At this moment  only the final results act as ranking lists , but soon will be done too, as the invitation of GP2.

We could not hand over two LuckyPi System PBT-vouchers:
In kid girls: Jakobi Júlia, PTE-PEAC; and a novice girl Marusenka Maryana, Belarus has won a 10000 HUF voucher. At the next competition please turn up for it at the DT.

Attention!
An unanticipated change in the programme of the Békéscsaba Town Sporthall has caused the date alteration of the Olimpici GP5 – Csaba Cup from April 14–15–16 to May 12–13–14.
Thank You for Your understanding and patience!

“West is the best” – cited from a song of The Doors, but really: in this cute, most western GP location Bük in Vas (which means iron) county usually makes one of the lower numbers in our events. This usual have been broken this year when the keen organisers of Szombathely Fencing Academy Sport Club registered 590 entrants altogether. And they have done well again, asking support from
one of the most wellknown in Europe, second biggest in Hungary waterpark/spa..called Bükfürdő Health and Adventure Centre which provided discounted access during Bükfürdő Cup. 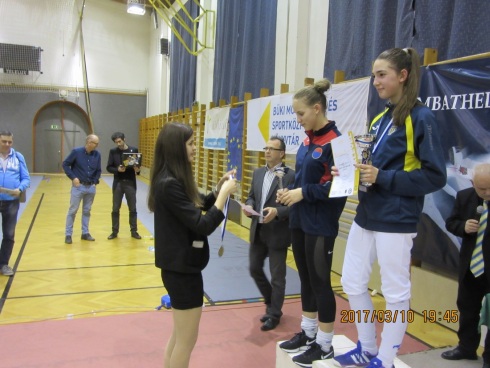 The organisers had also really cool exemplar fellows for giving the awards: as a referee of three whole days, Renáta Petri felt great joining the awarding ceremonies too. She is a cadet World Champion medalist from last year and cadet European Champion; besides the Rio Olympics women epeé gold team member of Romania, Simona Pop, and of course Géza Imre Olympic silver Champ who presented himself at the competition with his pupils.. he also joined the awarding crew with joy. 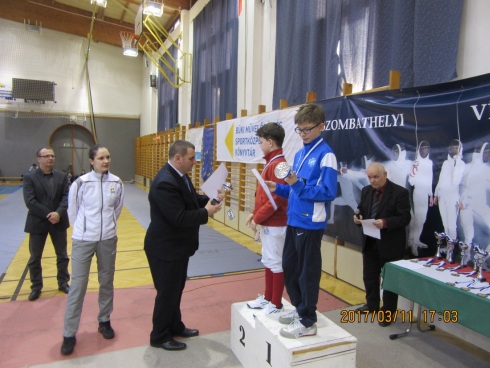 Beside all these successful fencers the local force appeared in helping too: president of the local club, Csaba Babós, mayor of Bük Sándor Dr. Németh as well as Szilárd Kerekes co-president of local Touristic Office. 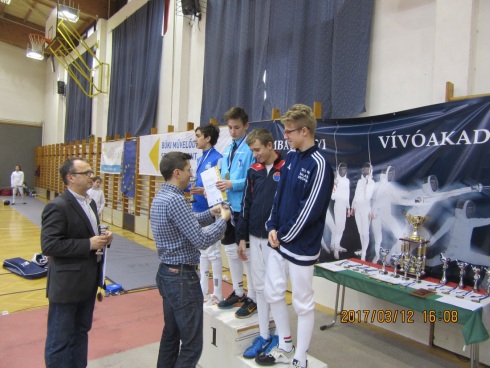 From the menu all the documentations are available, photoalbums as well and the updated ranking lists. Please check that out, in case of any mistake send us an e-mail, and we’ll have time to correct if before GP5 Csaba Cup.

Have a successful preparation for the last available GP for foreign fencers in the season of 2016/17.

Dear all,
we just would like to remind you all that we have changed the method how we receive registrations. We do not take e-mails anymore, in spite for each GPs we create a form, and the clubs have to fill up the competition’s registration form. For GP4 we have the form here: http://bit.ly/Olimpici2017_GP4

Olimpici GP competition is not dealing with names of foreign clubs anymore, all the foreign fencers will be signed by the name of their nations.

In the second turn of Olimpici Epée Grand Prix last December we had a big competition. Szolnok as a host is always a festive one, as the professional organisers are extra helped by Santa Claus. That’s why medals’ given to the first 16 fencers in this GP of 549 entrants competition. Where again, we had giants of the sport for giving over medals at the awarding ceremonies. Pál B. Nagy – Olimpic champion of Szolnok, Tímea Nagy, the permanent homemaker, or the regular visitor of our GPs, Géza Imre who came over again with his pupils. 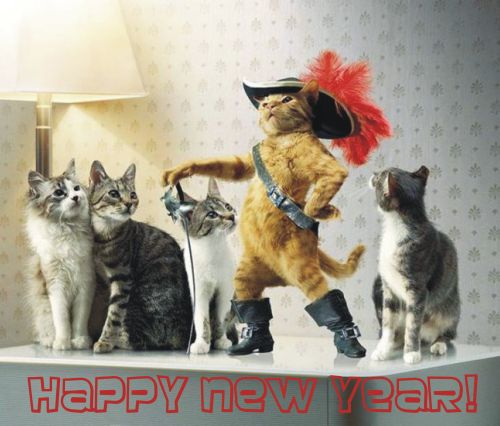 So, the Szolnok Staff again puts up so many, and added a lot for the festive mood of the participants on their return to home for celebrating xmas and new year… and so we believe that You all enjoyed them all!
We wish all of You happiness and a glorious, successful new year!

The invitation letter of the GP of capital round is ready for you on our site, and please try to help with administration with filling up the pre-registration form.
Thank You!

Our title is like a hungarian licence plate number of a car, which was heard through the loudspeaker many times during the weekend of Olimpici GP1.. as few of the participants parked their car in front of locals’ gates… this small difficulty became tiny next to the great organisation work of the event organiser DHSE-PMD of Debrecen, and the cosy aptness of a hidden but modern and huge sport hall of this flat little town in Hajdúság, a region up northeast.

So HHA-610… refers that during Hajdúhadház Olimpici GP we had 610 competitors all together competing not only for the unique ceramic renumerates, but for the moments when the best 8 receive their medals from excellences from the word of hungarian fencing, because a really unique star team were brought together by the organisers.
For sure it feels outstanding to be rewarded by Olimpic champions!

So there we all had those memorable moments, and beleive that our great fencers will be available anytime to participate in our events.
Through the site’s menu the results, ranking list, and also the invitation of GP2 are all ready for you.

Until all our little fencers can gather up again, let’s recall the moments of GP1 in the television programme of Little Champion from the 35th minutes. (Unfortunatelly there is no english subtitle, but the motion pictures are great too!)

After a repeated coordination of professionals the invitation letter of GP1 has been refreshed because of the new formula for the youngest age group:
Two rounds with no elimination (4 hits, 1×3 mins), 6–7 fencers in poules. From the cumulative ranking list the first 16 fencers go onto direct tableau 16 (10 hits, 2×3 mins) with consolation (repechage).
From place 17 competitors fence for placements in poules again (4 hits, 1×3 mins) in the third round with 4–5 fencers in poules.
Olimpici Team

But until that time have a good time relaxing, and be prepared with trainings!
The invitation is already available!