Our title is like a hungarian licence plate number of a car, which was heard through the loudspeaker many times during the weekend of Olimpici GP1.. as few of the participants parked their car in front of locals’ gates… this small difficulty became tiny next to the great organisation work of the event organiser DHSE-PMD of Debrecen, and the cosy aptness of a hidden but modern and huge sport hall of this flat little town in Hajdúság, a region up northeast.

So HHA-610… refers that during Hajdúhadház Olimpici GP we had 610 competitors all together competing not only for the unique ceramic renumerates, but for the moments when the best 8 receive their medals from excellences from the word of hungarian fencing, because a really unique star team were brought together by the organisers.
For sure it feels outstanding to be rewarded by Olimpic champions! 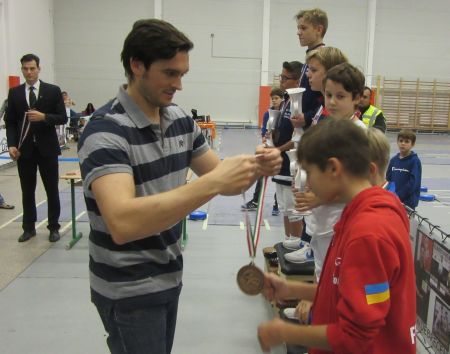 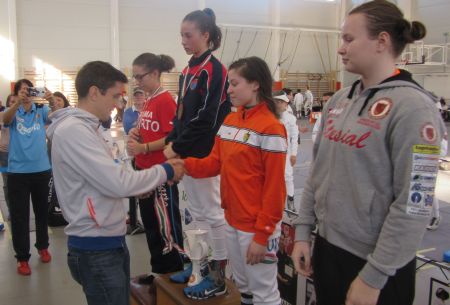 Géza Imre gave medal for Gyöngyvér Kálmán, one of the most successful novice of the organiser DHSE-PMD. 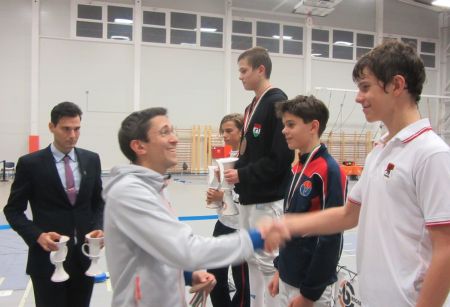 Géza Imre addressed his cheerfulness to his clubmate, Ákos Papanitz 🙂

Cream on the cake: György Nébald and his wife, Ildikó Mincza gave awards to adolescent girls... 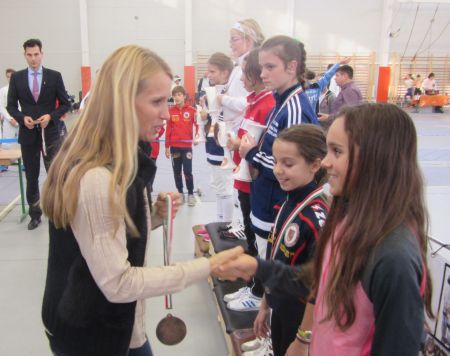 The joy of a fencer family: Ildikó Mincza could gave a medal to their doughter too...

So there we all had those memorable moments, and beleive that our great fencers will be available anytime to participate in our events.
Through the site’s menu the results, ranking list, and also the invitation of GP2 are all ready for you.

Until all our little fencers can gather up again, let’s recall the moments of GP1 in the television programme of Little Champion from the 35th minutes. (Unfortunatelly there is no english subtitle, but the motion pictures are great too!)